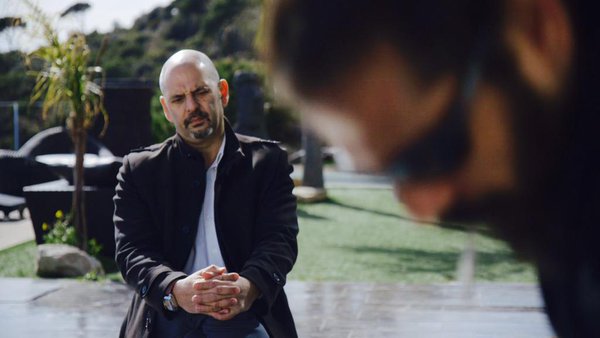 How and when was it created? Who are they? What do they do, how they do it, and why do they do what they do? Is there anything we can do about it? These were some of the basic questions that came to mind when I accepted Daniel Estulin’s offer to make this documentary film. My greatest fear: that the density of the subject itself would end up distracting the viewer’s attention. My only goal: simplify; make it straightforward; present facts, evidence, cross-checked information. And the big challenge: the film had to maintain a pace, be visually entertaining, beautiful and dynamic, on the one hand; and deeply informative, on the other.

To explain through visual images the existence of an almost ethereal entity, its headquarters – a 20m2, second floor walk up on a quiet street in Leiden, the Netherlands manned only by an answering machine; its members – faceless and nameless to the rest of the world refuse to grant public interviews, was not an easy task. The same organization, its outward secrecy and the shadow of accusations of conspiracy leveled against those who have dared to broach the subject, are also circumstances that made this process much more complex for me, as a filmmaker.

How do you explain to someone who demands freedom, that all he has to do is walk through the open door in front of him? How can I show through images, that the truth that almost everyone considers as such, is a lie? How do I show that this truth, which is not reality, is based on lies which, after repeating them and believing them, end up becoming real? What is the truth? What is reality?

Reality is just that — the truth. A lie, on the other hand, has to have a meaning to be first promulgated and then accepted by the masses. The hardest thing for us, based on how we have been taught to think, is to learn how to detect a lie. The objective of this film is to find the cause whose effect is the lies that are continuously sold to us, as well as to deeply and precisely understand the magnitude of this reality, and its palpable consequences in our lives.

SYNOPSIS
Bilderberg, The Movie is a documentary film about the origins, development and expansion of one of the most elitist and secret organizations in today’s world: The Bilderberg Group. Once a year, the most powerful people on the planet, meet behind closed doors. The Group is comprised of European Prime Ministers, American presidents, and the wealthiest CEOs of the world, all coming together to discuss the economic and political future of humanity. The working press has never been allowed to attend, nor have statements ever been released on the attendees’ conclusions or discussions, which have ramifications on the citizens of the world.